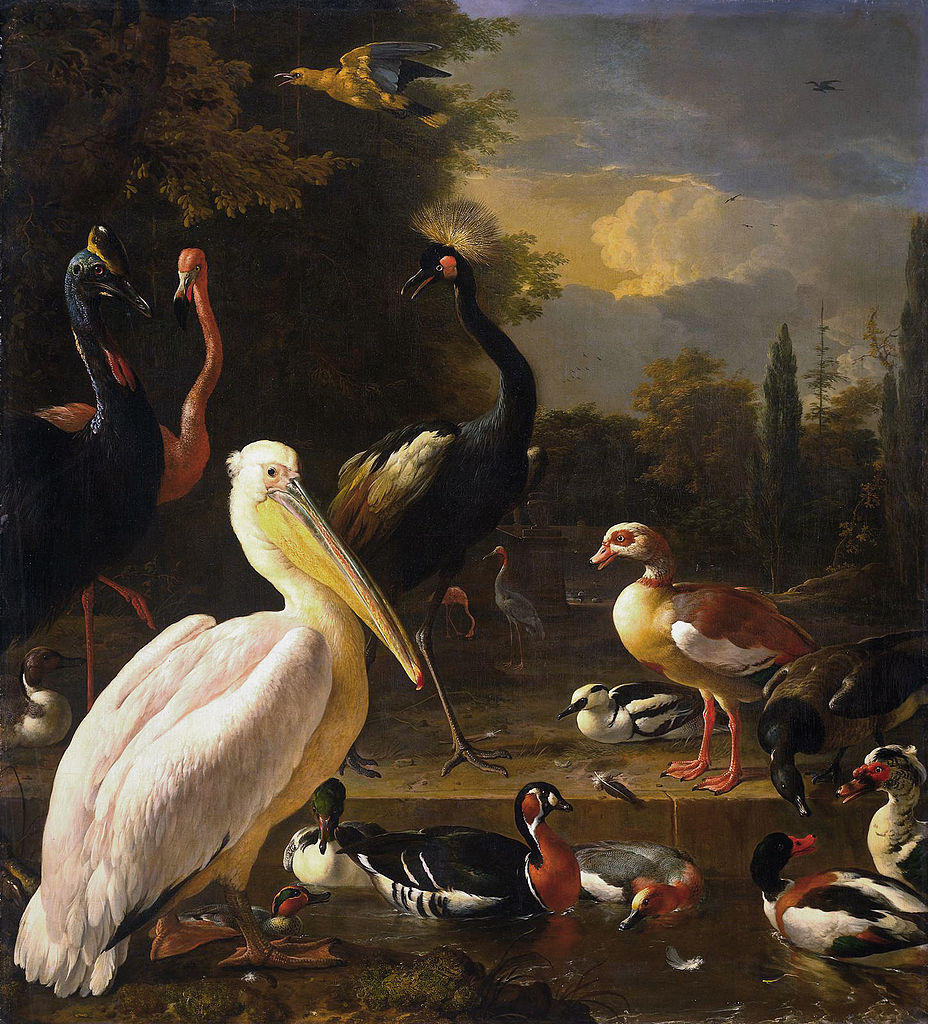 Habits make or break us to a far greater extent than we like to admit. Habit is both a powerful enemy and wonderful ally of concentration. You must learn to overcome habits which are injurious to concentration, and to cultivate those which increase it.

The large majority of people are controlled by their habits and are buffeted around by them like waves of the ocean tossing a piece of wood. They do things in a certain way because of the power of habit. They seldom ever think of concentrating on why they do them this or that way, or study to see if they could do them in a better way. Now my object in this chapter is to get you to concentrate on your habits so you can find out which are good and which are bad for you. You will find that by making a few needed changes you can make even those that are not good for you, of service; the good habits you can make much better.

The first thing I want you to realize is that all habits are governed consciously or unconsciously by the will. Most of us are forming new habits all the time. Very often, if you repeat something several times in the same way, you will have formed the habit of doing it that way. But the oftener you repeat it the stronger that habit grows and the more deeply it becomes embedded in your nature. After a habit has been in force for a long time, it becomes almost a part of you, and is therefore hard to overcome. But you can still break any habit by strong concentration on its opposite.

“All our life, so far as it has definite form, is but a mass of habits—practical, emotional, and intellectual—systematically organized, for our weal or woe, and bearing us irresistibly toward our destiny whatever the latter may be.”

We are creatures of habits, “imitators and copiers of our past selves.” We are liable to be “bent” or “curved” as we can bend a piece of paper, and each fold leaves a crease, which makes it easier to make the fold there the next time. “The intellect and will are spiritual functions; still they are immersed in matter, and to every movement of theirs, corresponds a movement in the brain, that is, in their material correlative.” This is why habits of thought and habits of willing can be formed. All physical impressions are the carrying out of the actions of the will and intellect. Our nervous systems are what they are today, because of the way they have been exercised.

As we grow older most of us become more and more like automatic machines. The habits we have formed increase in strength. We work in our old characteristic way. Your associates learn to expect you to do things in a certain way. So you see that your habits make a great difference in your life, and as it is just about as easy to form good habits as it is bad, you should form only the former. No one but yourself is responsible for your habits. You are free to form the habits that you should and if everyone could realize the importance of forming the right kind of habits what a different world this would be. How much happier everyone would be. Then all instead of the few might win success.

Habits are formed more quickly when we are young, but if we have already passed the youthful plastic period the time to start to control our habits is right now, as we will never be any younger.

You will find the following maxims worth remembering.

“We must make our nervous system our ally instead of our enemy.”

“In the acquisition of a new habit as in the leaving off of an old one, we must take care to launch ourselves with as strong and decided an initiative as possible.”

The man that is in the habit of doing the right thing from boyhood, has only good motives, so it is very important for you that you concentrate assiduously on the habits that reinforce good motives. Surround yourself with every aid you can. Don’t play with fire by forming bad habits. Make a new beginning today.  Study why you have been doing certain things. If they are not for your good, shun them henceforth. Don’t give in to a single temptation for every time you do, you strengthen the chain of bad habits. Every time you keep a resolution you break the chain that enslaves you.

“Never allow an exception to occur till the new habit is securely rooted in your life.” Here is the idea, you never want to give in, until the new habit is fixed else you undo all that has been accomplished by previous efforts. There are two opposing inclinations. One wants to be firm, and the other wants to give in. By your will you can become firm, through repetition. Fortify your will to be able to cope with any and all opposition.

“Seize the very first possible opportunity to act on every resolution you make, and on every emotional prompting you may experience in the direction of the habits you aspire to gain.”

To make a resolve and not to keep it is of little value. So by all means keep every resolution you make, for you not only profit by the resolution, but it furnishes you with an exercise that causes the brain cells and physiological correlatives to form the habit of adjusting themselves to carry out resolutions. “A tendency to act, becomes effectively engrained in us in proportion to the uninterrupted frequency with which the actions actually occur, and the brain ‘grows’ to their use. When a resolve or a fine glow of feeling is allowed to evaporate without bearing fruit, it is worse than a chance lost.”

“Keep the faculty of effort alive in you by a little gratuitous exercise every day.”

The more we exercise the will, the better we can control our habits. “Every few days do something for no other reason than its difficulty, so that when the hour of dire need draws nigh, it may find you not unnerved or untrained to stand the test. Asceticism of this sort is like the insurance which a man pays on his house and goods. The tax does him no good at the time, and possibly may never bring him a return, but if the fire does come, his having paid it will be his salvation from ruin. So with the man who has daily insured himself to habits of concentrated attention, energetic volation, and self-denial in unnecessary things. “He will stand like a tower when everything rocks around him and his softer fellow-mortals are winnowed like chaff in the blast.”

The young should be made to concentrate on their habits and be made to realize that if they don’t they become walking bundles of injurious habits. Youth is the plastic state, and should be utilized in laying the foundation for a glorious future.

The great value of habit for good and evil cannot be overestimated. “Habit is the deepest law of human nature.” No man is stronger than his habits, because his habits either build up his strength or decrease it.

Why We Are Creatures of Habits. Habits have often been called a labor-saying invention, because when they are formed they require less of both mental and material strength. The more deeply the habit becomes ingrained the more automatic it becomes. Therefore habit is an economizing tendency of our nature, for if it were not for habit we should have to be more watchful. We walk across a crowded street; the habit of stopping and looking prevents us from being hurt. The right kind of habits keeps us from making mistakes and mishaps. It is a well known fact that a chauffeur is not able to master his machine safely until he has trained his body in a habitual way. When an emergency comes he instantly knows what to do. Where safety depends on quickness the operator must work automatically. Habits mean less risk, less fatigue, and greater accuracy.

“You do not want to become a slave to habits of a trivial nature.  For instance, Wagner required a certain costume before he could compose corresponding parts of his operas. Schiller could never write with ease unless there were rotten apples in the drawer of his desk from which he could now and then obtain an odor which seemed to him sweet. Gladstone had different desks for his different activities, so that when he worked on Homer he never sat among habitual accompaniments of his legislative labors.”

In order to overcome undesirable habits, two things are necessary. You must have trained your will to do what you want it to do, and the stronger the will the easier it will be to break a habit. Then you must make a resolution to do just the opposite of what the habit is. Therefore one habit must replace another. If you have a strong will, you can tenaciously and persistently concentrate on removing the bad habit and in a very short time the good habit will gain the upper hand. I will bring this chapter to a close by giving Doctor Oppenheim’s instructions for overcoming a habit:

“If you want to abolish a habit, and its accumulated circumstances as well, you must grapple with the matter as earnestly as you would with a physical enemy. You must go into the encounter with all tenacity of determination, with all fierceness of resolve—yea, even with a passion for success that may be called vindictive. No human enemy can be as insidious, so persevering, as unrelenting as an unfavorable habit. It never sleeps, it needs no rest.

“It is like a parasite that grows with the growth of the supporting body, and, like a parasite, it can best be killed by violent separation and crushing.

When life is stormy and all seems against us, that is when we often acquire wrong habits, and it is then, that we have to make a gigantic effort to think and speak as we should; and even though we may feel the very reverse at that moment the tiniest effort will be backed up by a tremendous Power and will lift us to a realization never felt before. It is not in the easy, contented moments of our life that we make our greatest progress, for then it requires, no special effort to keep in tune. But it is when we are in the midst of trials and misfortunes, when we think we are sinking, being overwhelmed, then it is important for us to realize that we are linked to a great Power and if we live as we should, there is nothing that can occur in life, which could permanently injure us, nothing can happen that should disturb us. So always remember you have within you unlimited power, ready to manifest itself in the form which fills our need at the moment. If, when we have something difficult to solve, we would be silent like the child, we can get the inspiration when it comes; we will know how to act, we will find there is no need to hurry or disturb ourselves, that it is always wiser to wait for guidance from within, than to act on impulse from Without.

This is taken from The Power of Concentration.