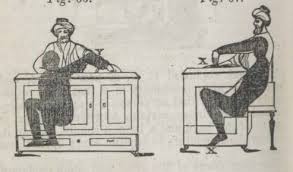 It would be no more surprising for the discovery of a means of direct spirit communication with the spiritual life than it was to be convinced that Marconi had discovered a sure method of telegraphing and telephoning without wires. The discovery of the laws which made electricity a servant of mankind was an astonishing revelation which was as unbelievable as is the law of spiritual telepathy. Human telepathy, which is a mysterious means of communication between persons without the use of known material agency, is in the initial and experimental stage. But the possibility of such thought transference is generally admitted. The psychical researchers into that science should be encouraged in every way. On the eve of every such advance in human achievement there always appear a host of superstitious dreamers and wild prophets, even in the study of science, who hinder the sane searcher and often becloud the mind of the student who is on the direct road to the needed discovery.

Spiritualism, which is here used as a comprehensive term, frequently confuses the deliberations of honest truth-seekers with the advertised works of deceivers, but it includes much in its curriculum that is worth careful study. Among the host of disordered or weak minds who claim so much that is foolish in connection with spiritual revelations there are a respectable number of thoughtful, conservative searchers who cannot be easily deceived. In all the successful "isms" in a Christian civilization, and in all the popular religious sects, there is ever some basic truth. Some one idea is so true and so strongly emphasized that it often carries along a back-breaking load of absurd theories. The thoughtless throng hears of several well-authenticated cases of fraud, or of absurd teaching, in connection with spiritual meetings, or messages, and leaps to the conviction that all claims of so-called spiritualists are not worthy of consideration. So many thousands have tried so sincerely to recall their dead without the least sign of an answer that they refuse to examine the testimony of great men, like Sir Oliver Lodge, whose belief differs from their belief. They will not read what great minds have expressed on the subject. But the great discoveries recently made in materialistic sciences have led thoughtful men to hope for great discoveries in the relation of this existence to another life. This expectation, or strong hope, made the study of the spiritual revelations and conditions at the Temple a most thrilling occupation.

The reports of the answers to prayer so often use the words "happened to think" that the observer cannot escape the conviction that either the living human mind does send spirit messages or that some mysterious power acts for it in forwarding messages. The great list of mysterious impulses and intuitions which were noticed in those interesting seasons of prayer could not have been all accidental nor could they be classed under the natural laws of cause and effect. The connection between the cause as seen in the prayer and the effect as related in the "happened-to-think" result is often wholly hidden.

A mother in Philadelphia prayed for her prodigal son and at that exact time the son, alone in a Chicago hotel, felt an uncontrollable influence to turn back to his home. A father prayed that his son might decide to be a missionary, and the son, a sailor off the coast of South America, at that same moment made the decision. A wife prayed that her husband might be sent home sober. At the time she was kneeling by the kitchen table he was waiting at the saloon to be served with brandy, but he "happened to think" that his mother had prayed for him on her deathbed and he could not take the liquor.

A doctor, sadly defeated in his fight for the life of his patient, went to his bedroom and prayed for light, and he "happened to think" that the patient might have swallowed some piece of metal. There was no report of the like symptoms in any case he could find in the medical books. But so deep was the impression that he secured a powerful magnet and drew forth the death-dealing needle. A merchant had an offer for his entire stock which seemed favorable, and, as he was in need, the offer seemed providential. But while the suggestion from the pulpit that each worshiper pray for success in his occupation was being adopted he prayed for his business. At that hour his son in Denver was also praying in church. When he there thought of his father he decided fully to go home and enter business with him. So completely did he decide that the next morning he telegraphed to his surprised and delighted father that he would come home if his father needed his assistance. The joy of having his son at  home again overcame his determination to complete a favorable bargain, and he declined the offer promptly. Before the son reached Philadelphia a sudden change in the paper market doubled the sale value of the father's stock.

One writer for a daily newspaper was meditating on some object of prayer in the silence of the praying congregation when the idea of a textbook on journalism for college use came to his mind for the first time. It led directly to a series of syndicate articles which enabled him to purchase the home for which he had been praying. A mechanic who had been out of work, owing to a fire, prayed for a job. At the same time a builder who was a stranger in the church was praying for a competent partner. When the prayers were finished they "happened" to look at each other across the church and each wondered why the other looked at him so intently. The pews in which they sat were at right angles and it was a natural thing for the occupant of one  pew to glance at the inmate of the other pew. After church each approached the other with the simultaneous expression, "It seems to me that we have met before." But that was their first meeting. Their firm is now engaged in large construction work in concrete houses and factories. A servant girl in a small home prayed for a dress suitable for church and at that hour her mistress was visiting a friend who remarked that the photograph of a deceased daughter greatly resembled the visitor's servant girl. A few minutes later the friend of the mistress said: "I wonder if my daughter's dresses would fit your servant? If they will fit her, there are here two new gowns that the dressmaker sent home after my daughter's death."

So a young man, without advanced education, prayed hard for an opportunity to get mental training to fit him for the ministry. At the same moment a principal of a New Jersey academy was in the gallery far removed from the young man and he  prayed for direction in finding a suitable janitor. The academy principal mentioned his need to one of the church members who "happened" to know the young man. It was arranged that the young man should work for his board and tuition and have five hours a day for study. The worshiper described himself in his sketch of the answer to his prayers as one whom "God has led into the fulfillment of all his highest ambitions." He is pastor of a strong church in Cleveland. A little tot prayed for a "singing doll," and her mother told her that a doll was too small a matter to pray for. But the father overheard the conversation, and, after purchasing the most costly one he could find at his noon hour, he left it on the little one's bed in the night when everyone else was supposed to be asleep.

A widow prayed for some leadership in the sale of some wild land in Louisiana. Her relatives urged her to let it go, as the "taxes will soon eat it all." But the unexpected payment of a debt due her led her to feel  that, as she had been temporarily provided for, she would wait. In about seven weeks she read in a paper that a company had struck oil on the next section to her estate. She consequently leased the mineral privileges of her land at a high price.

A minister prayed for a sermon text and found that the Sunday-school superintendent had thoughtlessly left in the Bible the Sabbath before a slip of paper on which was written the title which Mary Magdalene used when addressing Jesus in the Garden near his tomb: "Rabboni." The minister now remembers that sermon when nearly all others are forgotten. A student whose mental faculties were unusually dull for his age prayed that he might pass his examination in mathematics. That night in his dreams his subconscious self worked out plainly on a blackboard the two hardest problems. A farmer prayed for some deciding hint in his choice of seed for his land. On his way home he held a bundle in his lap which was in a newspaper wrapper. In  one column on the wrapper directly under his eyes was an article on the soils and products of his country which opened his vision and made his farming safe and profitable. An Alsatian girl prayed that her father and mother might come to America. They knew nothing of her petition, but on that same day and hour, allowing for the difference in the reckoning of time, the parents resolved to come to America, and financial aid was promised them. A lawyer was asking the Lord for some clew to lost evidence, so necessary to his case to be tried the next day, when the name of a witness whose relation to the case he had not before thought of, and whose name had been long forgotten, was suggested to him. While doubtful of the value of the witness, he sought his name in the directory and found that the lost witness was all-sufficient for the case. A dealer in real estate asked the Lord to prosper a proposed transaction, if it were for the best, and to hinder it if it would be injurious. He unintentionally omitted  the word "not" from the draft of a contract which he drew the next day and the "accidental" omission brought him to unexpected possession of a profitable block of houses.

To the unbeliever all these testimonials prove but little. But to the experienced observer of repeated answers to prayer they are conclusive proofs of God's disposition to answer the "effectual, fervent prayer of the righteous man." As a woman may feel when she puts her weary life into the care of a strong and affectionate husband, the trusting believer in prayer rests in God in a peaceful condition of soul, which passeth all understanding.