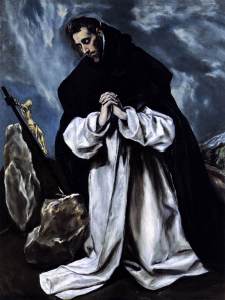 The any letters which report that prayers have not been answered made the examination into that department of the investigation to be most discouraging until the testimonies were read the second or third time. Slowly it dawned on the reader that the writers did not know, after all, whether their prayers were answered or not. A bright light was let in on the subject by the expression of one who stated that he had prayed for the means to pay off a mortgage on his home until he had abandoned all hope and had decided to sell his house to the railroad company for a siding. In answer to a later inquiry the discouraged petitioner stated that the jury, to which by contract both parties agreed to leave the assessment of the "land damages," had given him money enough to buy a much finer home away from the continual annoyance of passing trains.

Many of the wholly disappointed petitioners closed their complaints or doleful faultfinding outbursts with the stereotyped quotation, "nevertheless, not my will, but Thine be done!" To some "the heavens are as brass"; to others, their prayers did not go "higher than their heads," and to still others their prayers became meaningless and like "words called into the thin air." This phase of our topic could not be followed up as far as a careful investigator could wish, because it involved so much correspondence and so much delay. But a general statement of the conclusions reached by those whose prayers had, seemingly, not been answered can be safely made. They all naturally and necessarily formed a concept of God by imagining him to be an all-mighty and all-good man. The human mind seems incapable of forming any other idea of God than can be obtained from a human model, greatly enlarged. Jesus knew what was in man when he taught his disciples to say, "Our Father." Human kings, human fathers, human saints human sinners are really pictured in the minds of all who strive to visualize the Almighty, or his Son, or the angels. No Hindu can even think Nirvana. No mind can meditate on nothing. Everything conceived in the mind must be like something else. Reasoning from "the known to the unknown," or "the lesser to the greater," is the only possible process by which man can know God. So all those seemingly defeated ones had looked up to God as to a great man, and when he seemed to do nothing in answer to their requests they concluded that he either did not hear or that he would not even reply. They did not think, however, of their heavenly Father as they would of an earthly father who was perfectly good. A good and wise father must often deny his child the article for which he asks, but he will not dismiss the matter with a curt denial. He will try to find something else for his child, as has been already stated in a previous chapter. The testimonies which asserted that the all-good God had denied or ignored the requests of his followers were the strongest proofs of the fact that God had granted their requests. The father who would not give a stone to his child who asked for bread would not give a stone to his starving child who asked for a stone. In those seasons when the attention of the people was centered specially on the results of prayer there was often heard the expression, "Perhaps He sees that it is best for me that I should not get the blessing for which I asked." But a consensus of opinion taken from the mass of correspondence showed a general belief that there are no unanswered prayers. They believed that in some other way which was better and wiser God sent his child a more valuable token of his love.

Those reports gave the student an insight into the popular religious beliefs of the common people. The theological creeds and formulas which are found in the libraries are written by talented, studious scholars who put their own conclusion into print and do not attempt to set out the opinions retained by the masses. Often a silent congregation retains a strong belief in some theological idea which the preacher does not recognize. Often the minister of a church, having the reputation of being firmly orthodox, teaches theories which are not accepted by his hearers. Hence, the scrutiny of all that correspondence covering so many years gave an insight into the faith of the everyday Christian which was enlightening and helpful.

The testimony came from a much wider circle than the actual membership of that church, as visitors at the Temple from other quarters of the earth sent in their accounts of the way the Lord had answered their prayers. In those letters some remark or some statement often unconsciously disclosed this belief relating to prayer. Their beliefs concerning death, the Judgment, the future life, the methods used by the Lord in his administration, and the occupations of the saints in heaven most strangely harmonized when a careful digest was made. The divine plan of salvation and the Creator's purpose revealed in natural law were sometimes quite at variance with the dogmas of the pulpit. But the common theories came out so distinctly that a statement of them is a matter of no difficulty.

The common people connected directly or indirectly with the Christian churches believe:

That every person lives on as an individual after the body dies.

That the life on earth determines the state of happiness or misery in the spiritual existence.

That the soul is of the same substance as that of the angels.

That the occupation of the redeemed in the spirit world is the same as that of the angels.

That the departed persons know one another and keep company with those they have loved and known on earth.

That they serve God as his messengers to the inhabitants of the earth.

That they cannot be called nor can they visit the earth unless especially sent by the Almighty.

That the condition of the wicked or of those unfit for God's service in heaven is unknown.

That after the Judgment there may come the annihilation of the wicked.

That heaven is a condition of everlasting progress in knowledge.

That many of the ceremonies of the churches are useless, and that the various denominations should endeavor to unite in some one federation.

That God is gradually building up a perfect human race on earth.

That he commands his servants to come to his aid in securing that end.

That the best or only way to fit ourselves for heaven is in the practice and discipline of helping humanity in the development of a higher race.

That Christ is a divine Spirit, existing from everlasting to everlasting, and that his atonement for sinners is a part of God's great purpose to people earth and heaven with perfect beings.

But the consensus of the opinion which related to prayer and the methods the Lord adopts to convey his answers should have special notice here. There was a decided agreement in their imaginative conception of the way the Lord arranged for the conveyance of his decisions to those who call upon him.

They hold in common that God is "immanent" in nature, and his replies to our requests may come as quietly and mysteriously as God's answer to the farmer who, in an act which is a prayer, places a seed in the ground.

Many testified to their belief that "all things work together" in producing the effects of prayer on those who love God. Nearly all, also, believed that God often called an angel to him when the prayer of faith came to him from the earth, and that he gave the angel personal instructions to visit the petitioner and aid him or her. The views of the Bible and its doctrines, according to the general opinion, appear to be that it is the best book ever written, and that it was inspired by a purpose so pure and unselfish as to be divine. One old lady expressed the general sentiment of the entire body when she wrote that, "the Bible is the best book I know of, and it is the only one which tells me about heaven, and I don't let any fool of a scholar argue it out of my life."

The feeling of the average reader of the Bible is decidedly in favor of the King James translation of the Bible, with the introductive address to the king omitted. The division of that old translation into short verses was of great assistance to the memory, and was generally quoted by all classes. But when the new translation was set solidly in type it decidedly changed the appearance of the book and added emphasis to an impression that a new and different book had taken the place of the Bible. The Bible was largely discarded by the common people wherever the new version was forcibly introduced. The old translation, with explanatory notes in the margin, was the ideal Bible for the masses, and had it been retained the general disappearance of the Bible from the homes and libraries would have been avoided. The so-called authorized version was followed by many versions privately translated to emphasize some creed or belief and added much to the confusion of the common people. The changes in the wording of the new translation were sufficient also to make those who had quoted the old version with confidence doubt the correctness of their previous knowledge, and led, naturally, to the discontinuance of Bible quotations by those who knew the Bible best. The popular opinion appears to be that the new translation was a great hindrance to the use of the English Bible.

The number of readers of the Bible, however, is much larger than the estimate which many modern writers give. The Sabbath school and haphazard pulpit essays have not so completely supplanted the home study of the Scriptures, as has been so often stated. The use of the Bible as the standard of moral character continues to be the practice of millions who may not study it closely or may not read it at all. That miracle-working Book is still a most powerful moral force in all departments of our civilized life. No patriot or respectable scholar can ignore the value of the Bible as the highest literature or as the foundation for all just human laws. The people do believe in it.