—"That way
Over the mountain, which who stands upon,
Is apt to doubt if it be indeed a road;
While if he views it from the waste itself,
Up goes the line there, plain from base to brow,
Not vague, mistakable! What's a break or two
Seen from the unbroken desert either side?
And then (to bring in fresh philosophy)
What if the breaks themselves should prove at last
The most consummate of contrivances
To train a man's eye, teach him what is faith?"
— ROBERT BROWNING, Bishop Blougram's Apology

"There are, if I may so say, three powerful spirits, which have from time to time, moved on the face of the waters, and given a predominant impulse to the moral sentiments and energies of mankind. These are the spirits of liberty, of religion, and of honor."
— HALLAM, Europe in the Middle Ages

"Chivalry is itself the poetry of life."
— SCHLEGEL, Philosophy of History 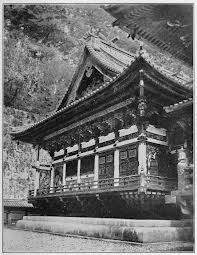