December 25 and the Natalis Invicti 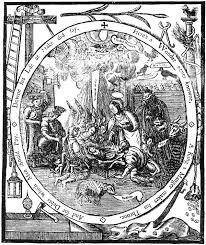 Why, we may ask, did the Church choose December 25 for the celebration of her Founder's Birth? No one now imagines that the date is supported by a reliable tradition; it is only one of various guesses of early Christian writers. As a learned eighteenth-century Jesuit has pointed out, there is not a single month in the year to which the Nativity has not been assigned by some writer or other. The real reason for the choice of the day most probably was, that upon it fell an existing pagan festival.

The Dies Natalis Invicti was probably first celebrated in Rome by order of the Emperor Aurelian (270-5), an ardent worshipper of the Syrian sun-god Baal. With the Sol Invictus was identified the figure of Mithra, that strange eastern god whose cult resembled in so many ways the worship of Jesus, and who was at one time a serious rival of the Christ in the minds of thoughtful men.

Mithraism resembled Christianity in its monotheistic tendencies, its sacraments, its comparatively high morality, its doctrine of an Intercessor and Redeemer, and its vivid belief in a future life and judgment to come. Moreover Sunday was its holy-day dedicated to the Sun.

It was the sun-god, poetically and philosophically conceived, whom the Emperor Julian made the center of his ill-fated revival of paganism, and there is extant a fine Prayer of his to "King Sun."

What more natural than that the Church should choose this day to celebrate the rising of her Sun of Righteousness with healing in His wings, that she should strive thus to draw away to His worship some adorers of the god whose symbol and representative was the earthly sun! There is no direct evidence of deliberate substitution, but at all events ecclesiastical writers soon after the foundation of Christmas made good use of the idea that the birthday of the Savior had replaced the birthday of the sun.

This is the explanation adopted by most scholars. Duchesne suggests as an explanation of the choice of December 25 the fact that a tradition fixed the Passion of Christ on March 25. The same date, he thinks, would have been assigned to His Conception in order to make the years of His life complete, and the Birth would come naturally nine months after the Conception. He, however, "would not venture to say, in regard to the 25th of December, that the coincidence of the Sol novus exercised no direct or indirect influence on the ecclesiastical decision arrived at in regard to the matter." Professor Lake also, in his article in Hastings's "Encyclopedia," seeks to account for the selection of December 25 without any deliberate competition with the Natalis Invicti. He points out that the Birth of Christ was fixed at the vernal equinox by certain early chronologists, on the strength of an elaborate and fantastic calculation based on Scriptural data, and connecting the Incarnation with the Creation, and that when the Incarnation came to be viewed as beginning at the Conception instead of the Birth, the latter would naturally be placed nine months later.

[The above is excerpted from Clement A. Miles' Christmas in Ritual and Tradition, Christian and Pagan (1912).]