Astrology and the Bible 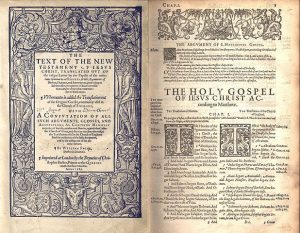 Among the Hebrews the Chaldeans were the chief astrologers mentioned in the Old and New Testaments, and what knowledge the Jews had of astrology doubtless came from that source.

The planets and constellations are first alluded to in the history of Joseph, where in the second dream, “he beheld the Sun and the Moon and the eleven stars which made obeisance to him.”  There are also Jewish traditions assigning a constellation to each of the twelve tribes of Israel.

According to Josephus, each of the twelve precious stones that formed the High Priest’s breastplate bore the name of a tribe, connecting them with the signs of the zodiac.  “And for the twelve stones,” he states, “whether we understand by them the months, or whether we understand the like number of the signs of that circle which the Greeks call the Zodiac, we shall not be mistaken in their meaning.”

The character of the devices are said to have been borne on the standards carried by the four divisions of the host in the march through the wilderness.  Each division consisted of three tribes, and were known by the name of the principal tribe which formed it.  The camp of Judah was on the east, and the division of Judah led the march.  The camp of Reuben was on the south, that of Ephraim on the west and that of Dan on the north, which brought up the rear.

The traditional devices, like totems, shown on the four standards are said to have been a lion for Judah, a man and a river for Reuben, a bull for Ephraim, and an eagle and a serpent for Dan.  It is asserted by some that in these four standards, the lion, man, bull, and eagle, and in two cases an additional symbol recall certain symbols of the constellations.  Thus, the man and a river, the device of Reuben, represented Aquarius the water-bearer; the lion of Judah, Leo; the bull of Ephraim, Taurus; and the eagle and serpent, two of the constellations.

Solomon was credited with a knowledge of astrology as well as of magick.  This is based on the passage in the “Book of the Wisdom of Solomon” in the Apocrypha: “For God Himself gave me unerring knowledge of the things that are – the circuits of years and the positions of stars – the thoughts of men, the diversities of plants and the virtues of roots.”

Apparently, in Solomon’s time astrology and magick had merged into one.  The Jewish prayers to the planets are said to date from the third or second century B.C.E.  In them, both special angels and demons are assigned to the different bodies.  The association of angels with the planets was a connecting link with magick.  the angel Masleh was said to be the medium by means of which the power and influence of Jah descended into the Zodiac.  Sabbathi was associated in a similar way with Saturn.  The angel Zadkiel transmitted power to Jupiter, and Gamaliel or Geburah descended through the sphere of Mars and imparted fortitude in time of war and affliction.  Raphael was associated with the Sun, giving heat and brightness to it, and Michael with Mercury, giving benignity and intelligence.  Adonai, who governed the angel Aniel, was associated with Venus, and Gabriel with the Moon.  These planetary demons and angels were supposed to regulate the destinies of men for evil or good, and the magicians claimed to be able to control them.

The Sabeans believed that every planet was inhabited by a spirit as a star-soul, and that the deciphering of the figures of the conjunction and opposition of the planets made the prediction of man’s future destiny possible.

The engraving of gems and precious stones with symbols or images was a common practice in the ancient world.

The eagle and the serpent have, in some ancient sources, been used to portray the two aspects (higher or lower) of the sign Scorpio.