Celibacy in the Catholic Priesthood 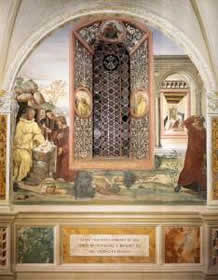 “He who is unmarried careth about the things of the Lord, how he may please God” (i Cor. vii. 32).

THE Catholic Church recognizes matrimony as a holy state. She recommends celibacy to those desiring greater perfection, and enjoins it on her priests because, as St. Paul says, “He who is unmarried careth about the things of the Lord.” It is said that the life of the priest is a hard, lonely one, and that it is unscriptural. Let us see. That his life is one of hardships is certain. His path is by no means one of roses; it is rather one covered with thorns. The young man knows this well before he enters it. With a full knowledge of its duties and responsibilities, he willingly enters the priesthood. He knows well that it is a life full of trials and crosses. He knows, too, that the whole life of Jesus Christ, from the stable of Bethlehem to the cross on Calvary’s heights, was one continuous trial, cross, mortification; and that the life of every follower, especially every minister, of Jesus Christ should be fashioned after that of his divine model. “If any man will come after Me,” He says in the 16th chapter of St. Matthew, “let him deny himself, take up his cross and follow Me.” The disciple, the minister of Christ, is not above his Master; and it is not becoming that the path of the disciple or minister should be covered with flowers while that of the Master was strewn with thorns and sprinkled with His own precious blood.

“He that is unmarried careth about the things of the Lord, how he may please God.” This teaching of St. Paul is the teaching of the Church— that marriage is honorable, is good, but that there is a better, a holier state for those who are called by the grace of God to embrace it.

Religious celibacy is one of the principal reasons why the Catholic priest and missionary will risk all dangers, overcome all obstacles, face all terrors, and in time of plague expose himself to death in its most disgusting forms for the good of his fellow-man.

All are acquainted with the noble examples of numbers of priests and Sisters of Charity who, at the risk of their own lives, voluntarily nursed the sick and dying during the yellow-fever scourge in the American South. Do you think they would have done so had they families depending upon them? No; they would have cared for the things of this world. Jesus Christ has said: “Greater love than this no man hath, that a man give up his life for his fellow-man.” This the good priest is ever doing, ever ready to do. Although death stares him in the face, he never shrinks from his post of duty, never abandons his flock while there is a wound to heal, a soul to save.

When his duty calls him, he is not afraid of death, because St. Paul says: “He who is without a wife is solicitous about the things of the Lord.”

This is taken from Reasonableness of Catholic Ceremonies and Practices.