The Nature and Scope of Christian Ethics 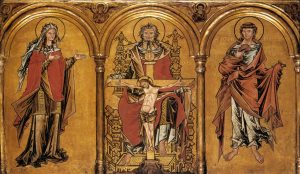 [This is taken from Archibald B. D. Alexander’s Christianity and Ethics, originally published in 1914; revised and edited by William Mackis. Copyright as such.]

Philosophy has been defined as ‘thinking things together.’  Every man, says Hegel, is a philosopher, and in so far as it is the natural tendency of the human mind to connect and unify the manifold phenomena of life, the paradox of the German thinker is not without a measure of truth.  But while this is only the occasional pastime of the ordinary individual, it is the conscious and habitual aim of the philosopher.  In daily life people are wont to make assumptions which they do not verify, and employ figures of speech which of necessity are partial and inadequate.  It is the business of philosophy to investigate the pre-suppositions of common life and to translate into realities the pictures of ordinary language.  It was the method of Socrates to challenge the current modes of speaking and to ask his fellow-men what they meant when they used such words as ‘goodness,’ ‘virtue,’ ‘justice.’  Every time you employ any of these terms, he said, you virtually imply a whole theory of life.  If you would have an intelligent understanding of yourself and the world of which you form a part, you must cease to live by custom and speak by rote.  You must seek to bring the manifold phenomena of the universe and the various experiences of life into some kind of unity and see them as coordinated parts of a whole.

When men thus begin to reflect on the origin and connection of things, three questions at once suggest themselves—what, how, and why?  What is the world?  How do I know it? and why am I here?  We might briefly classify the three great departments of human thought as attempts to answer these three inquiries.  What exists is the problem of Metaphysics.  What am I and how do I know? is the question of Psychology.  What is my purpose, what am I to do? is the subject of Ethics.  These questions are closely related, and the answer given to one largely determines the solution of the others.  The truths gained by philosophical thought are not confined to the kingdom of abstract speculation but apply in the last resort to life.  The impulse to know is only a phase of the more general impulse to be and to act.  Beneath all man’s activities, as their source and spring, there is ever some dim perception of an end to be attained.  ‘The ultimate end,’ says Paulsen, ‘impelling men to meditate upon the nature of the universe, will always be the desire to reach some conclusion concerning the meaning of the source and goal of their lives.’  The origin and aim of all philosophy is consequently to be sought in Ethics.

Ethics may, therefore, be defined as the science of the end of life—the science which inquires into its meaning and purpose.  But inasmuch as the end or purpose of life involves the idea of some good which is in harmony with the highest conceivable well-being of man—some good which belongs to the true fulfillment of life—Ethics may also be defined as the science of the highest good or summum bonum.

Finally, Ethics may be considered not only as the science of the highest good or ultimate end of life, but also as the study of all that conditions that end, the dispositions, desires and motives of the individual, all the facts and forces which bear upon the will and shape human life in its various social relationships.

III. The propriety of styling Ethics a science has sometimes been questioned.  Science, it is said, has to do with certain necessary and uniform facts of experience; its object is simply to trace effects from causes and to formulate laws according to which sequences inevitably result from certain ascertained causes or observed facts.  But is not character, with which Ethics confessedly deals, just that concerning which no definite conclusions can be predicted?  Is not conduct, dependent as it is on the human will, just the element in man which cannot be explained as the resultant of calculable forces?  If the will is free, and is the chief factor in the molding of life, then you cannot forecast what line conduct will take or predict what shape character will assume.  The whole conception of Ethics as a science must, it is contended, fall to the ground, if we admit a variable and incalculable element in conduct.

Some writers, on this account, are disposed to regard Ethics as an art rather than a science, and indeed, like every normative science, it may be regarded as lying midway between them.  A science may be said to teach us to know and an art to do: but as has been well remarked, ‘a normative science teaches to know how to do.’[3]  Ethics may indeed be regarded both as a science and an art.  In so far as it examines and explains certain phenomena of character it is a science: but in so far as it attempts to regulate human conduct by instruction and advice it is an art.[4]  Yet when all is said, in so far as Ethics has to do with the volitional side of man,–with decisions and acts of will,–there must be something indeterminate and problematic in it which precludes it from being designated an exact science.  A certain variableness belongs to character, and conduct cannot be pronounced good or bad without reference to the acting subject.  Actions cannot be wholly explained by law, and a large portion of human life (and that the highest and noblest) eludes analysis.  A human being is not simply a part of the world.  He is able to break in upon the sequence of events and set in motion new forces whose effects neither he himself nor his fellows can estimate.  It is the unique quality of rational beings that in great things and in small things they act from ideas.  The magic power of thought cannot be exaggerated.  Great conceptions have great consequences, and they rule the world.  A new spiritual idea shoots forth its rays and enlightens to larger issues generations of men.  There is a mystery in every forth-putting of will-power, and every expression of personality.  Character cannot be computed.  The art of goodness, of living nobly, if so unconscious a thing may be called an art, is one certainly which defies complete scientific treatment.  It is with facts like these that Ethics has to do; and while we may lay down broad general principles which must underlie the teaching of every true prophet and the conduct of every good man, there will always be an element with which science cannot cope.

Aesthetics is the science of the laws of beauty, while Ethics is the science of the laws of the good.  But in so far as Aesthetics deals with the emotions rather than the reason it comes into contact with Ethics in the psychological field.  In its narrower sense Aesthetics deals with beauty merely in an impersonal way; and its immediate object is not what is morally beautiful, but rather that which is beautiful in itself irrespective of moral considerations.  Ethics, on the other hand, is concerned with personal worth as expressed in perfection of will and action.  Conduct may be beautiful and character may afford Aesthetic satisfaction, but Ethics, in so far as it is concerned with judgments of virtue, is independent of all thought of the mere beauty or utility of conduct.  Aesthetic consideration may indeed aid practical morality, but it is not identical with it.  It is conceivable that what is right may not be immediately beautiful, and may indeed in its pursuit or realization involve action which contradicts our ideas of beauty.  But though both sciences have different aims they are occupied largely with the same emotions, and are connected by a common idealizing purpose.  In the deepest sense, what is good is beautiful and what is beautiful is good; and ultimately, in the moral and spiritual life, goodness and beauty coincide.  Indeed, so close is the connection between the two conceptions that the Greeks used the same word, to kalon, to express beauty of form and nobility of character.  And even in modern times the expression ‘a beautiful soul,’ indicates the intimate relation between inner excellence of life and outward attractiveness.  Both Aesthetics and Ethics have regard to that symmetry or proportion of life which fulfills our ideas at once of goodness and of beauty.  In this sense Schiller sought to remove the sharpness of Kant’s moral theory by claiming a place in the moral life for beauty.  Our actions are, indeed, good when we do our duty because we ought, but they are beautiful when we do it because we cannot do otherwise, because they have become our second nature.  The purpose of all culture, says Schiller, is to harmonize reason and sense, and thus to fulfill the idea of a perfect manhood.[5]

‘When I dared question: “It is beautiful,

Ethics, therefore, while dependent upon the philosophical sciences, has its own distinct content and scope.  The end of life, that for which a man should live, with all its implications, forms the subject of moral inquiry.  It is concerned not merely with what a man is or actually does, but more specifically with what he should be and should do.  Hence, as we have seen, the word ‘ought’ is the most distinctive term of Ethics involving a consideration of values and a relation of the actual and the ideal.  The ‘ought’ of life constitutes at once the purpose, law, and reason of conduct.  It proposes the three great questions involved in all ethical inquiry—whither? how? and why? and determines the three great words which are constantly recurring in every ethical system—end, norm, motive.  Moral good is the moral end considered as realized.  The moral norm or rule impelling the will to the realization of this end is called Duty.  The moral motive considered as an acquired power of the acting will is called Virtue.[11]

[5] Schiller, Ueber Anmuth und Wuerde.  Cf. also Ruskin, Modern Painters, vol. ii.; Seeley, Natural Religion, and Inge, Faith and its Psychology, p. 203 ff.  See also Bosanquet Hist. of Aesthetic.  We are indebted to Romanticism, and especially to Novalis in Germany and Cousin in France for the thought that the good and the beautiful meet and amalgamate in God.