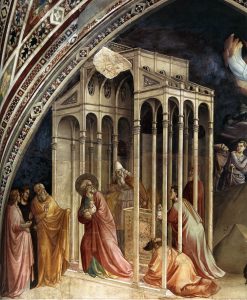 “Strange potency, this thing we call Religion!  It came into man’s world untold centuries ago, and it is still in man’s world today.  It is still there, deep and tremendous: a mighty draught for a mightier thirst, a vast richness to fill a vaster need.  No matter where one turns in time or space, there it is inescapably.  Wherever there is a man, there there seems to be also a spirit or a god; wherever there is human life, there there is also faith…
“One wonders about it.  What is it, this thing we call Religion?  Whence did it come?  And why?  And how?… What was it yesterday?  What is it today? — And what will it become tomorrow?…”
— Lewis Browne

“There is no single definition of the word church for tax purposes.”
— U.S. Internal Revenue Service, Publication 557

Since words like “religion” and “spirituality” are used frequently and, at times, almost interchangeably, here on our website and in other places, it seems a good idea to reach some common definition of these terms, or at least an idea of where various definitions might agree and differ.  Besides, as Lewis Browne points out, one wonders about it, this thing we call Religion . . .

Beginning simply with a dictionary, we find the following:

Religion: 1. belief in a divine or superhuman power or powers to be obeyed and worshipped as the creator(s) and ruler(s) of the universe.
2.  expression of this belief in conduct and ritual.
3.  (a) any specific system of belief, worship, conduct, etc., often involving a code of ethics and a philosophy; as, the Christian religion, the Buddhist religion, etc.; (b) loosely, any system of beliefs, practices, ethical values, etc. resembling, suggestive of, or likened to such a system; as, humanism is his religion.
4.  a state of mind or way of life expressing love and trust in God, and one’s will and effort to act according to the will of God, especially within a monastic order or community; as, he achieved religion.
5.  any object of conscientious regard and pursuit; as, cleanliness was a religion to him.
6.  (a) the practice of religious observances or rites; (b) [pl.] religious rites.  [Obs.]
7.  a religious order or state; a monastery.  [Obs.]

Already, we begin to see difficulties.  Buddhism, which the dictionary definition specifically refers to as a religion, does not require belief in divine or superhuman powers to be obeyed and worshipped.  Stoicism is a specific system of conduct involving a code of ethics and a philosophy, but is not usually thought of as a religion.

At one point in humankind’s history, we did not differentiate between religion, spirituality and philosophy.

The distinction has, at times, made the proponents of philosophy almost antagonistic toward religion.   Walter Lippmann, among many others, has noted the problem that arises when this occurs: “If the philosophers teach that religious experience is a purely psychological phenomenon, related to nothing beyond each man’s psychic condition, then they will give educated men a bad intellectual conscience if they have religious experiences.  The philosophers cannot give them religion.  But they can keep them away from it.”

Or, as Edgar Sheffield Brightman wrote: “There are critics who will welcome any philosophy, no matter how extravagant, provided it does not eventuate in theism; and will reject, without careful examination, any philosophy, no matter how reasonable, if it be inclined to find some truth in religion.”  We see this attitude frequently today; it seems acceptable to discuss things like “a great cosmic energy flowing through all matter,” but awkward for a Catholic to say, “Yes – we call that God.”  Natural curiosity about the religious beliefs of others is a good thing, and can only lead to a greater understanding of the many different people with whom we share this planet.

Perhaps the answer to the question posed in the title of this essay will always be unsatisfactory, or at least unsatisfactory to some.  The narrow-minded want religion defined as their religion, the broad-minded want it to be so all-inclusive as to be hardly defined at all.  We will close with the answer given by Lord Hugh Cecil, in How to Become a Christian:

“What is religion? This question seems to me to be often answered amiss. The word connotes a bond and means essentially (I suggest) a personal relation with the unseen. The relation may be a reality or a delusion. Religion, as we speak, may be true or false, but its essence is in this relation through the veil that hides from us the invisible world.”