The Essence of Buddhism

The following was originally published in 1922; many today still find these various views of Buddhism to be quite thought-provoking. 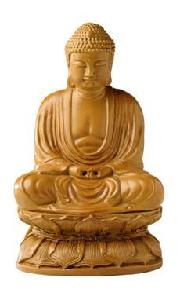 All beings desire happiness; therefore to all extend your benevolence.—Mahavamsa.

Because he has pity upon every living creature, therefore is a man called “holy.”—Dhammapada.

Like as a mother at the risk of her life watches over her only child, so also let every one cultivate towards all beings a boundless (friendly) mind.—Metta-sutta.

Hurt not others with that which pains yourself.—Udanavarga.

I cannot have pleasure while another grieves and I have power to help him.—Jatakamala.

With pure thoughts and fulness of love, I will do towards others what I do for myself.—Lalita Vistara.

If you desire to do something pleasing to me, then desist from hunting forever! The poor poor beasts of the forest, being … dull of intellect, are worthy of pity for this very reason.—Jatakamala.

You will generously follow the impulse of pity, I hope.—Jatakamala.

For that they hated this poor slender boy,
That ever frowned upon their barbarous sports,
And loved the beasts they tortured in their play,
And wept to see the wounded hare, or doe,
Or trout that floundered on the angler’s hook.

Good men melt with compassion even for one who has wrought them harm.—Kshemendra’s Avadana Kalpalata.

Though a man with a sharp sword should cut one’s body bit by bit, let not an angry thought … arise, let the mouth speak no ill word.—Fo-sho-hing-tsan-king.

Them who became thy murderers, thou forgavest.—Lalita Vistara.

Conquer your foe by force, and you increase his enmity; conquer by love, and you reap no after-sorrow.—Fo-sho-hing-tsan-king.

This great principle of returning good for evil.—Sutra of Forty-two Sections.

The member of Buddha’s order … should not intentionally destroy the life of any being, down even to a worm or an ant.—Mahavagga.

Whether now any man kill with his own hand, or command any other to kill, or whether he only see with pleasure the act of killing—all is equally forbidden by this law.—Sha-mi-lu-i-yao-lio.

My teaching is this, that the slightest act of charity, even in the lowest class of persons, such as saving the life of an insect out of pity, that this act … shall bring to the doer of it consequent benefit.—T’sa-ho-hom-king.

He came to remove the sorrows of all living things.—Fo-sho-hing-tsan-king.

“Now (said he) I will see a noble law, unlike the worldly methods known to men, … and will fight against the chief wrought upon man by sickness, age, and death.”—Fo-sho-hing-tsan-king.

To a righteous man death must bring gladness. For no fear of mishap exists for him who is devoted to a holy life.—Jatakamala.

He lives only to be a help to others.—Questions of King Milinda.

Why should we cling to this perishable body? In the eye of the wise, the only thing it is good for is to benefit one’s fellow-creatures.—Katha Sarit Sagara.

Is not all I possess, even to my very body, kept for the benefit of others?—Nagananda.

All men should cultivate a fixed and firm determination, and vow that what they once undertake they will never give up.—Fo-pen-hing-tsih-king.

Rather will I fall headlong into hell … than do a deed that is unworthy.—Jataka.

May my body be ground to powder small as the mustard-seed if I ever desire to (break my vow)!—Fo-pen-hing-tsih-king.

Happy is he that is virtuous—Dhammapada.

To make an end of selfishness is happiness.—Udanavarga.

There is no happiness except in righteousness.—Attanagalu-vansa.

Full of love for all things in the world, practicing virtue in order to benefit others—this man only is happy.—Fa-kheu-pi-u.

Have a strict control over your passions.—Story of Sundari and Nanda.

The higher life maketh he known, in all its purity and in all its perfectness.—Tevijja-sutta.

So imbued were they with lovingkindness that all the birds and animals loved them and harmed them not.—Sama Jataka (Burmese version).

Compassionate and kind to all creatures that have life.—Brahma-jala-sutta.

The birds and beasts and creeping things—’tis writ—
Had sense of Buddha’s vast embracing love,
And took the promise of his piteous speech.

He cherished the feeling of affection for all beings as if they were his only son.—Lalita Vistara.

Closely as cause and effect are bound together,
So do two loving hearts entwine and live—
Such is the power of love to join in one.

That thou mayst know—
What others will not—that I love thee most
Because I loved so well all living souls.

Always give in charity to people of good conduct.—Jatakamala.

With every desire to do good, the ignorant and foolish only succeed in doing harm…. ‘Tis knowledge crowns endeavor with success.—Jataka.

Almsgiving, it is said, constitutes the value of riches.—Jatakamala.

Good is restraint in all things.—Dhammapada.

The religious mendicant, wisely reflecting, is patient under cold and heat, under hunger and thirst, … under bodily sufferings, under pains however sharp.—Sabbasava-sutta.

Though a man conquer a thousand thousand men in battle, a greater conqueror still is he who conquers himself.—Udanavarga.

Root out the love of self.—Jataka.

The man of honor should minister to his friends … by liberality, courtesy, benevolence, and by doing to them as he would be done by.—Sigalovada-sutta.

Practice the art of “giving up.”—Fo-sho-hing-tsan-king.

Speak not harshly to anybody.—Dhammapada.

May I speak kindly and softly to every one I chance to meet.—Inscription in Temple of Nakhon Vat.

Offensive language is harsh even to the brutes.—Suttavaddhananiti.

Courtesy is the best ornament. Beauty  without courtesy is like a grove without flowers.—Buddha-charita.

He knew not the art of hypocrisy.—Jatakamala.

As he who loves life avoids poison, so let the sage avoid sinfulness.—Udanavarga.

He sees danger in even the least of those things he should avoid.—Tevijja-sutta.

May I never do, nor cause to be done, nor contemplate the doing of, even the most trivial sin!—Attanagalu-vansa (conclusion).

Let not one who is asked for his pardon withhold it.—Mahavagga.

‘T is wrong to conquer him who sues for mercy.—Lalita Vistara.

Let none out of anger or resentment wish harm to another.—Metta-sutta.

For hatred does not cease by hatred at any time; hatred ceases by love; this is an old rule.—Dhammapada.

(To the) self-reliant there is strength and joy.—Fo-sho-hing-tsan-king.

Let him not grieve for that which is lost.—Attadanda-sutta.

Not from weeping or grieving will any obtain peace of mind.—Salla-sutta.

At first my sorrowing heart was heavy; but now my sorrow has brought forth only profit.—Fo-sho-hing-tsan-king.

Give to him that asketh, even though it be but a little.—Udanavarga.

He delights in giving so far as he is able.—Questions of King Milinda.

Your guileless heart loves to exercise its charity.—Fo-sho-hing-tsan-king.

Always intent on bringing about the good and the happiness of others.—Jatakamala.

If they may cause by it the happiness of others, even pain is highly esteemed by the righteous, as if it were gain.—Jatakamala.

When pure rules of conduct are observed, then there is true religion.—Fo-sho-hing-tsan-king.

Wherein does religion consist?
In (committing) the least possible harm, in (doing) abundance of good, in (the practice of) pity, love, truth, and likewise purity of life.—Pillar Inscriptions of Asoka.

(Not superstitious rites, but) kindness to slaves and servants, reverence towards venerable persons, self-control with respect to living creatures, … these and similar (virtuous actions are the rites which ought indeed to be performed.)—Rock Inscriptions of Asoka.

The practice of religion involves as a first principle a loving, compassionate heart for all creatures.—Fo-pen-hing-tsih-king.

Shall we in worshipping slay that which hath life? This is like those who practice wisdom, and the way of religious abstraction, but neglect the rules of moral conduct.—Fo-sho-hing-tsan-king.

How can a system requiring the infliction of misery on other beings be called a religious system?… To seek a good by doing an evil is surely no safe plan.—Fo-pen-hing-tsih-king.

Unto the dumb lips of his flock he lent
Sad pleading words, showing how man, who prays
For mercy to the gods, is merciless.