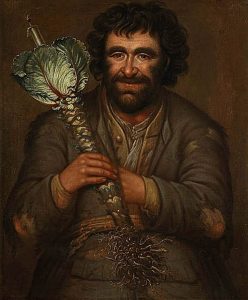 The Celtic year began with Halloweve, also called Samhain. The new day and the new year began at sunset. All fires were extinguished in the home and on the farm. Then the Hallow fires were kindled, very similar to those of Beltane, but more important, as heralding the advent of a new year. From the consecrated pile, portions of fire were carried to the houses to renew the flames upon the domestic hearth.

In the North-East of Scotland, the celebration took place on the 11th November, that is, Halloween according to the pre-Gregorian calendar.

At each farm in Buchan, a spot, as high as possible, was chosen for the fire. Every village, too, had its Hallow blaze. Straw, furze, peat, dry potato haulms, everything combustible was gathered, and the fire lit. The lads one after the other laid themselves down on the ground close to the fire so that the smoke might roll over them. The others ran through the smoke and jumped over the one recumbent. There seems to be here a suggestion of human sacrifice.

As at Beltane, there were parts of the country where processions around the field took place with blazing torches, doubtless kindled at the sacred fire. Down to about the middle of the nineteenth century, the Braemar highlanders made the circuit of the fields with lighted torches at Halloween, to ward off all evil spirits and to ensure fertility during the coming year. “Every member of the family was provided with a bundle of fir candles with which to go round. The father and mother stood at the hearth and lit the splints at the peat fire. These they passed to the children and servants who trooped out, the one after the other, and proceeded to tread the bounds of their little property, going slowly round at equal distances apart and invariably with the sun . . . . When the fields had been thus circumambulated the remaining spills were thrown together in a heap and allowed to burn out.” (Alex. Macdonald, Folk-Lore, XVIII (1907), 85.)

By this fire ritual, the fields were both purified and fertilized. In an earlier age, the brands had been kindled at the Hallow blaze. There are traces even in the nineteenth century of a domestic purification by the sacred fire. At Petty, it was customary for the young lads wearing masks to go from house to house “bundering” at the doors and puffing smoke into the dwelling houses. This ceremonial was known as “burning the reekie mehr” – a cabbage or kail stock, hollowed and filled with kindled tow, being the mehr. It was also known and practiced in Sutherlandshire. At Pennan, in Aberdeenshire, the last trace of the old custom in the closing years of the nineteenth century was the practice of boys making pipes out of a hollowed kail stock, filling them with tow and then proceeding to smoke.

The motive behind the Samhain fires was the same as inspired the Beltane festival. It was man’s response to, and attack upon, the powers of darkness. At this season, the day was shortening, the sun’s strength was diminishing, malevolent powers of every kind seemed to be abroad. In particular, the witches were holding high revelry, and their great conventions to work woe upon mankind were assembled on high hill and bleak moorland. Man resorted with cheerful confidence to the heaven-riven weapon of holy fire. By its divine power, he could vanquish the whole accursed brood.

That the witches, at least in the later period, were regarded as the hostile power, is seen from the form of request in East Aberdeenshire, when peats were asked to make the fire. There lads went from house to house, begging a peat, commonly with the words “Ge’s a peat t’ burn the witches.”

West Aberdeenshire also provides definite evidence that the witches were conceived as the enemy against whom the fires were directed. At Balmoral, during Queen Victoria’s residence, there was observed at Halloween the ancient practice of burning the witch. A huge bonfire was kindled in front of the Castle, opposite the principal doorway. The clansmen were mustered, arrayed in Highland garb. At a signal, headed by a band, they marched towards the palace. The bonfire was kindled so as to be in full blaze when the procession reached it. “The interest of the promenade was centered in a trolley on which there sat the effigy of a hideous old woman or witch called the Shandy dann. Beside her couched one of the party holding her erect while the march went forward to the bagpipe’s strain. As the building came in sight, the pace was quickened to a run, then a sudden halt was made a dozen yards or so from the blaze. Here, amid breathless silence, an indictment is read why this witch should be burned to ashes, and with no one to appear on her behalf, only this advocatus diaboli, paper in hand – she is condemned to the flames. With a rush and a shout and skirling of bagpipes, the sledge and its occupant are hurled topsy-turvy into the fire, while the mountaineer springs from the car at the latest safe instant. Then follow cheers and hoots of derisive laughter, as the inflammable wrappings of the Shandy dann crackle and sputter out. All the while the residents of the castle stand enjoying the curious rite, and no one there entered more heartily into it than the head of the Empire herself.”

This is a remarkable relic. It is the action of the whole clan. They destroy the witch as the representative of the powers of darkness. “Burning the Witch” is a rite of great antiquity. It was practiced in Babylonia. As her image was consumed the witch was believed to suffer the tortures of the fire and be gradually annihilated.

The Hallow fires continued to be kindled till the end of the eighteenth century, and even later in some districts. Rev. Lachlan Shaw, writing about 1745, says: “As to the cairn fires on the eve of the 1st Nov. though I have not seen them practiced, yet I am well informed that in Buchan and other places they have their Hallow fires annually kept up to this day.”

The minister of Monquhitter, writing in 1793, says: “The Halloween fire was kindled in Buchan. Various magic ceremonies were then celebrated to counteract the influences of the witches and demons and to prognosticate to the young their success and disappointment in the matrimonial lottery. These being devoutly finished the Hallow fire was kindled and guarded by the male part of the family … but now the Hallow fire when kindled is attended by children only.”

Here the ecclesiastic shuts his eyes to what he would regard as a reproach to his own influence and work. For the Rev. Dr. Pratt, a very trustworthy observer, writing in 1858, bears witness: “Hallow fires are still kindled on the Eve of All Saints by the inhabitants of Buchan and present a singular and animated spectacle – from sixty to eighty being frequently seen from one point.”

These fires seem to have lingered longest in Buchan. When the flames had died down and the more boisterous spirits had dispersed, some were in the habit of gathering together the ashes and covering them up, “ristin’ the halla fire.” A reverence was paid to the ashes as all that was left of the holy fire. Then they placed on the ashes small stones to represent each member of the family. Next morning an anxious inspection was made of the ashes. If a stone were missing, the person represented would be removed by death before the next Hallow fire was kindled. An aged mother in Aberdeenshire, on searching the ashes, found one of the stones gone. She came home in sorrow and said again and again, without anyone paying much attention to her, “Annie’s steenie’s awa’.” Before next Hallow fire, Annie had worn away to the Land o’ the Leal. The same practice of divination by ashes and stone was observed in Callander. It is described by John Ramsay as practiced in his day. In North Wales at the Halloween bonfire, the white stone missing represented a person who, would die before another Halloween.