Moral Education of the Quakers 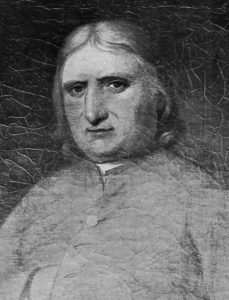 Moral Education of the Quakers — amusements necessary for youth — Quakers distinguish between the useful and the hurtful — the latter specified and forbidden.

When the blooming spring sheds abroad its benign influence, man feels it equally with the rest of created nature. The blood circulates more freely, and a new current of life seems to be diffused, in his veins.  The aged man is enlivened, and the sick man feels himself refreshed.  Good spirits and cheerful countenances succeed. But as the year changes in its seasons, and rolls round to its end, the tide seems to slacken, and the current of feeling to return to its former level.

But this is not the case with the young. The whole year to them is a kind of perpetual spring. Their blood runs briskly throughout. Their spirits are kept almost constantly alive; and as the cares of the world occasion no drawback, they feel a perpetual disposition to cheerfulness and to mirth. This disposition seems to be universal in them. It seems too to be felt by us all; that is, the spring, enjoyed by youth, seems to operate as spring to those of more mature age. The sprightly and smiling looks of children, their shrill, lively, and cheerful voices, their varied and exhilarating sports, all these are interwoven with the other objects of our senses, and have an imperceptible, though an undoubted influence, in adding to the cheerfulness of our minds. Take away the beautiful choristers from the woods, and those, who live in the country, would but half enjoy the spring. So, if by means of any unparalleled pestilence, the children of a certain growth were to be swept away, and we were to lose this infantile link in the chain of age, those, who were left behind, would find the creation dull, or experience an interruption in the cheerfulness of their feelings, till the former were successively restored.

The bodies, as well as the minds of children, require exercise for their growth: and as their disposition is thus lively and sportive, such exercises, as are amusing, are necessary, and such amusements, on account of the length of the spring which they enjoy, must be expected to be long.

The Quakers, though they are esteemed an austere people, are sensible of these wants or necessities of youth. They allow their children most of the sports or exercises of the body, and most of the amusements or exercises of the mind, which other children of the island enjoy; but as children are to become men, and men are to become moral characters, they believe that bounds should be drawn, or that an unlimited permission to follow every recreation would be hurtful.

The Quakers therefore have thought it proper to interfere on this subject, and to draw the line between those amusements, which they consider to be salutary, and those, which they consider to be hurtful.  They have accordingly struck out of the general list of these such, and such only, as, by being likely to endanger their morality, would be likely to interrupt the usefulness, and the happiness, of their lives.  Among the bodily exercises, dancing, and the diversions of the field, have been proscribed; among the mental, music, novels, the theatre, and all games of chance, of every description, have been forbidden. These are the principal prohibitions, which the Quakers have made on the subject of their moral education. They were suggested, most of them, by George Fox, but were brought into the discipline, at different times, by his successors.