We all want things for ourselves and our families. It is natural and right to want things like:

That’s a fairly short list, even though many of us on this planet lack one or more of the items noted. After the above needs are met, what else do we need?

We need to try to stay healthy, and to try to keep our family members healthy. This would mean – in addition to things already listed – indoor plumbing, and maybe utilities like electricity, and certainly access to basic health care. Even more of us lack these items, including many in so-called “developed” nations.

We might need ways of receiving and conveying information. Things like telephones, and computers, and books would fall into this category.

One could say, then, that the man or woman with a simple, clean little place to live, wearing simple practical clothes, drinking clean water and eating nutritious food, is a lucky man or woman. If he or she has basic utilities and access to health care, then he or she is luckier still. Give the person a bicycle or car, some books, a phone, and even a simple computer, and we could say that, in a very real sense, that person has everything a person needs.

What about the other extreme, those who have far more than what’s on the list? If the ones who have everything on the list are lucky, then are the ones with much more than that luckier still?

No, they are not. 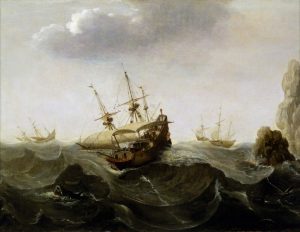 This isn’t an argument for strict utilitarianism. No one is saying that you shouldn’t be allowed to listen to music, or go see a movie, or dine out occasionally. You should also be able to travel, if you have the means. But how often do we see or hear of someone prevented from traveling because of his or her possessions? “I’d love to get away, but I’d have to get someone to watch the house, to mow the lawn, to move the car, to water the plants, to watch the pets, to . . .” The list goes on.

“Wealth,” Epictetus tells us, “consists not in having great possessions, but in having few wants.”

Many of us think possessions make us happy. When they do not, our solution is to go get more possessions. Then at some point, if we live long enough, we look around and wonder why we ever acquired all these unneeded things and try to force them onto our heirs, pretending we are being generous while knowing in our hearts that we simply want to rid ourselves of the visible reminders of our lack of wisdom.

Where does the idea that possessions make a person happy come from? It comes from someone trying to sell you something. It’s there in every television commercial you watch and in every magazine or online advertisement you read. Turn off the sound or ignore the text of the ad, and this is what you will really find yourself being told: “Look at the happy people we’re showing you, people happier than you are. Look how attractive others find them. Why are they so happy and attractive? Because they bought this product. Wouldn’t you like to be that happy and attractive? Then you should buy this product.”

Try this experiment for a week: each time you see a commercial or read an advertisement, say to yourself (or out loud, if you are alone), “What foolishness! You’re just trying to sell me something I don’t need!” Then, at the end of the week, consider how few times – if any – you were wrong for saying what you did.