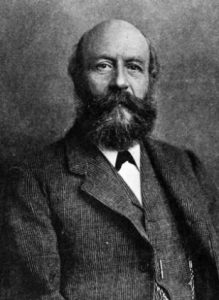 Address—all nations have used ceremonies of address—George Fox bears his testimony against those in use in his own times—sufferings of the Quakers on this account—makes no exception in favor of royalty—his dispute with Judge Glynn—modern Quakers follow his example—use no ceremonies even to majesty—various reasons for their disuse of them.

All nations have been in the habit of using outward gestures or ceremonies, as marks of affection, obeisance or respect. And these outward ceremonies have been different from one another, so much so, that those, which have been adjudged to be suitable emblems of certain affections or dispositions of the mind among one people, would have been considered as very improper emblems of the same, and would have been even thought ridiculous by another, yet all nations have supposed, that they employed the most rational modes for these purposes. And indeed, there were probably none of these outward gestures and ceremonies, which, in their beginning, would not have admitted of a reasonable defense while they continued to convey to the minds of those, who adopted them, the objects, for which they were intended, or while those, who used them, persevered with sincerity in their use, little or no objection could be made to them by the moralist. But as soon as the ends of their institution were lost, or they were used without any appropriate feeling of the heart, they became empty civilities, and little better than mockery or grimace.

The customs of this sort, which obtained in the time of George Fox, were similar to those, which are now in use on similar occasions. People pulled off their hats, and bowed, and scraped with their feet. And these things they did, as marks of civility, friendship, or respect to one another.

George Fox was greatly grieved about these idle ceremonies. He lamented that men should degrade themselves by the use of them, and that they should encourage habits, that were abhorrent of the truth. His feelings were so strong upon this subject, that he felt himself called upon to bear his testimony against them. Accordingly he never submitted to them himself, and those, who received his religious doctrines, followed his example.

The omission of these ceremonies, however, procured both for him and his followers, as had been the case in the change of thou for you, much ill-will, and harsh treatment. The Quakers were derided and abused.  Their hats were taken forcibly from their heads, and thrown away. They were beaten and imprisoned on this sole account. And so far did the world carry their resentment towards them for the omission of these little ceremonies, that they refused for some time to deal with them as tradesmen, or to buy things at their shops, so that some Quakers could hardly get money enough to buy themselves bread.

George Fox, however, and his associates, persevered, notwithstanding this ill usage, in the disuse of all honors, either by the moving of the hat, or the usual bending of the body; and as that, which was a right custom for one, was a right one for another, they made no exception even in favor of the chief magistrate of the land. George Fox, when he visited Oliver Cromwell as protector, never pulled off his hat; and it is remarkable that the protector was not angry with him for it.

Neither did he pull off his hat to the judges at any time, notwithstanding he was so often brought before them. Controversies sometimes took place between him and them in the public court, upon these occasions, one of which I shall notice, as it marks the manner of conducting the jurisprudence of those times.

When George Fox, and two other friends, were brought out of Launceston gaol, to be tried before judge Glynn, who was then chief justice of England, they came into court with their hats on. The judge asked them the reason of this, but they said nothing. He then told them, that the court commanded them to pull off their hats. Upon this George Fox addressed them in the following manner. “Where, says he, did ever any magistrate, king or judge, from Moses to Daniel, command any to put off their hats, when they came before them in their courts, either amongst the Jews, who were God’s people, or among the heathen? And if the law of England doth command any such thing, show me that law, either written or printed.” Judge Glynn upon this grew angry, and replied, that “he did not carry his law-books upon his back.” But says George Fox, “tell me where it is printed in any statute-book, that I may read it” The judge, in a vulgar manner, ordered him away, and he was accordingly taken away, and put among thieves. The judge, however, in a short time afterwards ordered him up again, and, on his return put to him the following question, “Come, says he, where had they hats from Moses to Daniel?  Come, answer me. I have you fast now.” George. Fox replied, that “he might read in the third chapter of Daniel, that the three children were cast into the fiery furnace by Nebuchadnezzar’s command, with their coats, their hose, and their hats on.” The repetition of this apposite text stopped the judge from any farther comments on the custom, and he ordered him and his companions to be taken away again. And they were accordingly taken away and they were thrust again among thieves. In process of time, however, this custom of the Quakers began to be known among the judges, who so far respected their scruples, as to take care that their hats should be taken off in future in the courts.

These omissions of the ceremonies of the world, as begun by the primitive Quakers, are continued by the modern. They neither bow nor scrape, nor pull off their hats to any, by way of civility or respect, and they carry their principles, like their predecessors, so far, that they observe none of these exterior parts of politeness even in the presence of royalty. The Quakers are in the habit on particular occasions of sending deputies to the king. And it is remarkable that his present majesty always sees them himself, if he be well, and not by proxy. Notwithstanding this, no one in the deputation ever pulls off his hat. Those, however, who are in waiting in the anti-chamber, knowing this custom of the Quakers, take their hats from their heads, before they enter the room, where the king is. On entering the room, they neither bow nor scrape, nor kneel, and as this ceremony cannot be performed for them by others, they go into the royal presence in a less servile, or more dignified manner, than either the representatives of sovereigns, or those, who have humbled nations by the achievement of great victories.

The ground, upon which the Quakers decline the use of the ordinary ceremonies just mentioned, is, the honors are the honors of the world.  Now, as that these of the world, they consider them as objectionable on several accounts.

First, they are no more the criterions of obeisance and respect, than mourning garments are the criterions of sorrow. But Christianity is never satisfied but with the truth. It forbids all false appearances. It allows no image to be held out, that is not a faithful picture of its original, or no action to be resorted to, that is not correspondent with the feelings of the heart.

As honors of the world again the Quakers think them censurable, because all such honors were censured by Jesus Christ. On the occasion, on which he exhorted his followers not to be like the Scribes and Pharisees, and to seek flattering titles, so as to be called Rabbi of man, he exhorted them to avoid all ceremonious salutations, such as greetings in the market-places. He couples the two different customs of flattering titles and salutations in the same sentence, and mentions them in the same breath. And though the word “greetings” does not perhaps precisely mean those bowings and scrapings, which are used at the present day, yet it means, both according to its derivation and the nature of the Jewish customs, those outward personal actions or gestures, which were used as complimentary to the Jewish world.

With respect to the pulling off the hat the Quakers have an additional objection to this custom, quite distinct from the objections, that have been mentioned above. Every minister in the Quaker society takes off his hat, either when he preaches, or when he prays. St Paul (1 Cor. Chap. xi.) enjoins this custom. But if they take off their hats, that is, uncover their heads, as an outward act enjoined in the service of God, they cannot with any propriety take them off, or uncover their heads to men, because they would be giving to the creature the same outward honor which they give to the creator. And in this custom they conceive the world to be peculiarly inconsistent. For men go into their churches, and into their meetings, and pull off their hats, or uncover their heads, for the same reason as the Quaker-ministers when they pray (for no other reason can be assigned) and, when they come out of their respective places of worship, they uncover them again on every trivial occasion, to those whom they meet, using to man the same outward mark of homage, as they had just given to God.