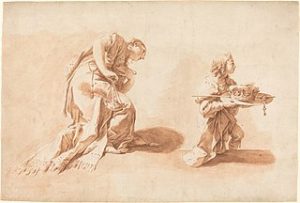 This is taken from James Allen’s The Way of Peace.

The world is filled with men and women seeking pleasure, excitement, novelty; seeking ever to be moved to laughter or tears; not seeking strength, stability, and power; but courting weakness, and eagerly engaged in dispersing what power they have.

Men and women of real power and influence are few, because few are prepared to make the sacrifice necessary to the acquirement of power, and fewer still are ready to patiently build up character.

To be swayed by your fluctuating thoughts and impulses is to be weak and powerless; to rightly control and direct those forces is to be strong and powerful. Men of strong animal passions have much of the ferocity of the beast, but this is not power. The elements of power are there; but it is only when this ferocity is tamed and subdued by the higher intelligence that real power begins; and men can only grow in power by awakening themselves to higher and ever higher states of intelligence and consciousness.

The difference between a man of weakness and one of power lies not in the strength of the personal will (for the stubborn man is usually weak and foolish), but in that focus of consciousness which represents their states of knowledge.

The pleasure-seekers, the lovers of excitement, the hunters after novelty, and the victims of impulse and hysterical emotion lack that knowledge of principles which gives balance, stability, and influence.

A man commences to develop power when, checking his impulses and selfish inclinations, he falls back upon the higher and calmer consciousness within
him, and begins to steady himself upon a principle. The realization of unchanging principles in consciousness is at once the source and secret of the highest power.

When, after much searching, and suffering, and sacrificing, the light of an eternal principle dawns upon the soul, a divine calm ensues and joy unspeakable gladdens the heart.

He who has realized such a principle ceases to wander, and remains poised and self-possessed. He ceases to be “passion’s slave,” and becomes a master-builder in the Temple of Destiny.

The man that is governed by self, and not by a principle, changes his front when his selfish comforts are threatened. Deeply intent upon defending and guarding his own interests, he regards all means as lawful that will serve that end. He is continually scheming as to how he may protect himself against his enemies, being too self-centered to perceive that he is his own worst enemy. Such a man’s work crumbles away, for it is divorced from Truth and power. All effort that is grounded upon self, perishes; only that work endures that is built upon an indestructible principle.

The man that stands upon a principle is the same calm, dauntless, self-possessed man under all circumstances. When the hour of trial comes, and he has to decide between his personal comforts and Truth, he gives up his comforts and remains firm. Even the prospect of torture and death cannot alter or deter him. The man of self regards the loss of his wealth, his comforts, or his life as the greatest calamities which can befall him. The man of principle looks upon these incidents as comparatively insignificant, and not to be weighed with loss of character, loss of Truth. To desert Truth is, to him, the only happening which can really be called a calamity.

It is the hour of crisis which decides who are the minions of darkness, and who the children of Light. It is the epoch of threatening disaster, ruin, and persecution which divides the sheep from the goats, and reveals to the reverential gaze of succeeding ages the men and women of power.

It is easy for a man, so long as he is left in the enjoyment of his possessions, to persuade himself that he believes in and adheres to the principles of Peace, Brotherhood, and Universal Love; but if, when his enjoyments are threatened, or he imagines they are threatened, he begins to clamor loudly for war, he shows that he believes in and stands upon, not Peace, Brotherhood, and Love, but strife, selfishness, and hatred.

He who does not desert his principles when threatened with the loss of every earthly thing, even to the loss of reputation and life, is the man of power; is the man whose every word and work endures; is the man whom the afterworld honors, reveres, and worships. Rather than desert that principle of Divine Love on which he rested, and in which all his trust was placed, Jesus endured the utmost extremity of agony and deprivation; and today the world prostrates itself at his pierced feet in rapt adoration.

There is no way to the acquirement of spiritual power except by that inward illumination and enlightenment which is the realization of spiritual principles; and those principles can only be realized by constant practice and application.

Take the principle of divine Love, and quietly and diligently meditate upon it with the object of arriving at a thorough understanding of it. Bring its searching light to bear upon all your habits, your actions, your speech and intercourse with others, your every secret thought and desire. As you persevere in this course, the divine Love will become more and more perfectly revealed to you, and your own shortcomings will stand out in more and more vivid contrast, spurring you on to renewed endeavor; and having once caught a glimpse of the incomparable majesty of that imperishable principle, you will never again rest in your weakness, your selfishness, your imperfection, but will pursue that Love until you have relinquished every discordant element, and have brought yourself into perfect harmony with it. And that state of inward harmony is spiritual power. Take also other spiritual principles, such as Purity and Compassion, and apply them in the same way, and, so exacting is Truth, you will be able to make no stay, no resting-place until the inmost garment of your soul is bereft of every stain, and your heart has become incapable of any hard, condemnatory, and pitiless impulse.

Only insofar as you understand, realize, and rely upon, these principles, will you acquire spiritual power, and that power will be manifested in and through you in the form of increasing dispassion, patience and equanimity.

Dispassion argues superior self-control; sublime patience is the very hall-mark of divine knowledge, and to retain an unbroken calm amid all the duties and distractions of life, marks off the man of power. “It is easy in the world to live after the world’s opinion; it is easy in solitude to live after our own; but the great man is he who in the midst of the crowd keeps with perfect sweetness the independence of solitude.”

Some mystics hold that perfection in dispassion is the source of that power by which miracles (so-called) are performed, and truly he who has gained such perfect control of all his interior forces that no shock, however great, can for one moment unbalance him, must be capable of guiding and directing those forces with a master-hand.

To grow in self-control, in patience, in equanimity, is to grow in strength and power; and you can only thus grow by focusing your consciousness upon a principle. As a child, after making many and vigorous attempts to walk unaided, at last succeeds, after numerous falls, in accomplishing this, so you must enter the way of power by first attempting to stand alone. Break away from the tyranny of custom, tradition, conventionality, and the opinions of others, until you succeed in walking lonely and erect among men. Rely upon your own judgment; be true to your own conscience; follow the Light that is within you; all outward lights are so many will-o’-the-wisps. There will be those who will tell you that you are foolish; that your judgment is faulty; that your conscience is all awry, and that the Light within you is darkness; but heed them not. If what they say is true the sooner you, as a searcher for wisdom, find it out the better, and you can only make the discovery by bringing your powers to the test. Therefore, pursue your course bravely. Your conscience is at least your own, and to follow it is to be a man; to follow the conscience of another is to be a slave. You will have many falls, will suffer many wounds, will endure many buffetings for a time, but press on in faith, believing that sure and certain victory lies ahead. Search for a rock, a principle, and having found it cling to it; get it under your feet and stand erect upon it, until at last, immovably fixed upon it, you succeed in defying the fury of the waves and storms of selfishness.

For selfishness in any and every form is dissipation, weakness, death; unselfishness in its spiritual aspect is conservation, power, life. As you grow in spiritual life, and become established upon principles, you will become as beautiful and as unchangeable as those principles, will taste of the sweetness of their immortal essence, and will realize the eternal and indestructible nature of the God within.

No harmful shaft can reach the righteous man,
Standing erect amid the storms of hate,
Defying hurt and injury and ban,
Surrounded by the trembling slaves of Fate.

Majestic in the strength of silent power,
Serene he stands, nor changes not nor turns;
Patient and firm in suffering’s darkest hour,
Time bends to him, and death and doom he spurns.

Wrath’s lurid lightnings round about him play,
And hell’s deep thunders roll about his head;
Yet heeds he not, for him they cannot slay
Who stands whence earth and time and space are fled.

Sheltered by deathless love, what fear hath he?
Armored in changeless Truth, what can he know
Of loss and gain? Knowing eternity,
He moves not whilst the shadows come and go.

Call him immortal, call him Truth and Light
And splendor of prophetic majesty
Who bideth thus amid the powers of night,
Clothed with the glory of divinity.