Which Religion Is True? 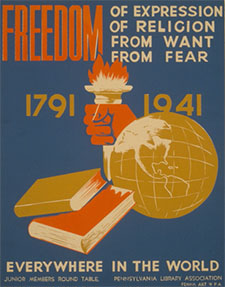 “And a sound of murmuring, long and loud,
Came ever up from he moving crowd;
“You’re in the old way, and I’m in the new;

[Editor’s Note:  The following was originally written as a response to an e-mail we received from a reader who identified herself as a Christian, and who had, “a problem with the current trend that all religions are to be accepted and that it is to be agreed upon that it is okay that we all seek the truth for ourselves.”  The response was written by one of the editors of this website.]

Thank you for your thoughtful letter. I do not usually reply to letters such as this, because it rarely benefits anyone to enter into any sort of religious debate; at the end of the day, you have your beliefs, I have mine. But your letter was a polite one, and touched upon issues that are clearly important to you, and I don’t want to minimize that.

Putting aside any weaknesses in your arguments, the question seems to come down to the validity of your religious experiences and beliefs versus those of others.

With respect to logic: once a person (Christian, Muslim, Jew, Buddhist, Pagan, whatever) believes that his or her religion is the only “true” one, then the logical corollary is that all other religions are “false.” It’s a small step from there to reach the conclusion that those who follow the “true” religion must somehow “correct” those who follow the “false” religion.

The past two thousand years of history contain a lot of episodes of attempted “corrections,” in which millions died violently. Look at the Crusades. Look at the Inquisition. Look at the Spanish Conquistadors. Look at the wars in Europe during the Reformation.  Look at Northern Ireland.  Look at Srebenica.  Look at today’s world.

I believe God is probably concerned only about the good we do to other human beings, to animals, to all that grows on this earth, to the land, to the seas, to the skies.  If this is simplistic, then I am happy to be simple.

As of this writing, I probably lean toward being a philosophical Daoist, with a bit of Catholicism, Quakerism, and Zen Buddhism thrown in. But those are just labels that I sometimes use to find decent books to read.